The BATS was founded in 2008 by Dr. Bernie Speculand, Dr. Andrew Sidebottom and Dr. Steve Worrall
Today, it is devolved to the BAOMS TMJ SSIG. Current SSIG lead is Nad Saeed and deputy is Martin Dodd.  Dr. Speculand remains president and Dr. Andrew Sidebottom, secretary of the now transferred BATS although the BATS name has been maintained to redevelop the website.

The ESTMJS was founded in 2009 in Rome, Italy upon the initiative of Piero Cascone (Italy) and Gerhard Undt (Austria) in close relationship with the American Association of Temporomandibular Joint Surgeons (ASTMJS). Nineteen European specialists and Louis Mercuri as representative of ASTMJS were the founding members at the constitutional meeting an April 18th, 2009. 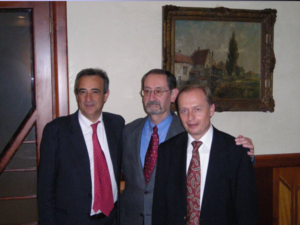 Dr. Fred Spijkervet is the current President. Many educational forums are offered in Europe including the ESTMJS Annual Meeting and can be found on the ESTMJS web site. 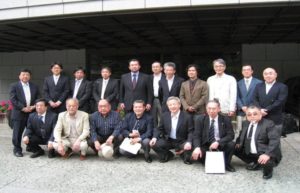 JSTMJS was founded May 25, 2013. There were 30 founding surgeons including Drs. Kenichiro Murakami, Tetsuji Kawakami, Natsuki Segami, Toshiro Kondo and other distinguished TMJ surgeons in Japan.

The Annual Meeting is usually held in conjunction with the meeting of the Japanese OMS Society, Stomatology Society, and other related meetings in Spring or Autumn. Both scientific and social programs are held at a variety of beautiful cities such as Nikko-Tokugawa shrine area, Hakata in Kyushu district, Nagoya, Tokyo, and Kyoto.

The board is composed of the above mentioned four surgeons, with Dr. Kenichiro Murakami serving as President.

Latin American Society of TMJ Surgeons (LASTMJS)
lastmjs.org
This Society is in its organizational stage.

We use cookies to ensure that we give you the best experience on our website. If you continue to use this site we will assume that you are happy with it.Ok